688 S. Cox on The Block of Self and Expression
Photos, Video, and Story by Silas Vassar, III | MicroMemphis Reporter

Corey Chism, also known as Blackcardprince, believes that quality does not have to come with a hefty price tag. In early October, Chism and Fat Sandwich Records presented the Block Party, a concert near the Cooper-Young neighborhood featuring Memphis indie hip-hop artists.

Chism, 28, is a Memphis-bred singer and actor. Though he's been featured on American Idol and various stage plays in New York City he sees the importance of embracing hometown artists.

"I try to give them a format to where people can come out, chill, and listen to some good shit," he said.

Rappers Preauxx, Royal'T, Fathom 9, and many others graced the stage inside Aquarius Creative Studio on S. Cox just off the north side of Central Avenue.


Watch the interview with Chism and the performance by Preauxx below.
Aquarius Creative Studio, a photography studio near the historic Cooper-Young, regularly opens its doors to various events not related to photography.

"I'm open to all kinds of events and I try to incorporate photography into every event. For example, I take photos at these evets which usually lead to future photo gigs. I build on my portfolio of music event coverage and the performers have images they can use to promote themselves," Darius Williams, owner of the studio said.

The small, intimate crowd showed their support by participating in call and response, waving their arms and screaming for their favorite rapper.

Charles, a concert goer from Arkansas described the event as "nice and eclectic". 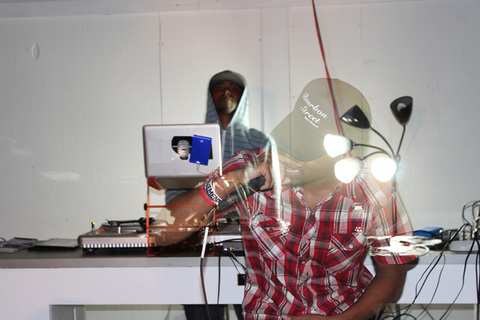