Java Cabana stakes out grounds in C-Y for 20 years 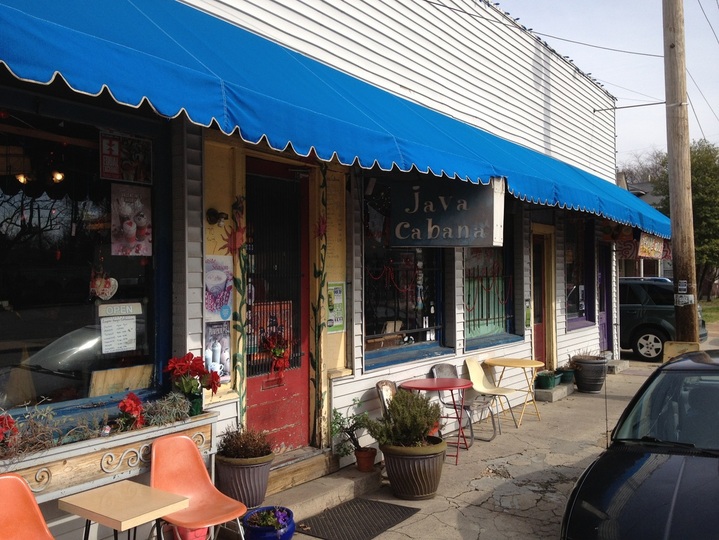 Java Cabana has served Cooper-Young since 1992.
By Greg Williams/MicroMemphis Reporter

Located in the heart of Cooper-Young, Java Cabana has been serving cups of joe since 1992.

Mary Burns, a former counter worker, bought the shop in 1998 and has helped turn one of
America’s favorite morning drinks into various creations and flavors. But the different types of
coffee are just the beginning.

“The café has its own personality,” Burns said. “The shop really has morphed into the
personality of the people who come in.”

Loudean’s owner June Taylor, who came in for a coffee from her business right next door,
remembers when the shop was once an antique shop, “and then it was bought by Tommy Foster
in 1992, and it became what it is today.”

According to the shop’s website, it also was the site for Viva! Memphis Wedding Chapel. Foster
presided over many of the ceremonies and “were accompanied by an Elvis impersonator and
musical accompaniment.”

Not only is it one of Memphis’ oldest, local coffee shops, it’s also home to the longest running
open microphone night. “It started as a poetry slam, but has morphed into what it is today. We
have poetry, music, and some short stories, but it MUST be their original work,” she explains.
“When I took over the shop, that’s when I started it, and it’s been going on ever since.”

The aroma of the different coffees greet the guest as soon as they enter the shop. If they look
to their left, they might notice several racks of clothes on display for sale. “I just love vintage
clothes,” Burns said with a smile. “It’s just one of those things that separates us from other
places.”

The shop also has some food to enjoy with your drinks. The menu goes beyond the typical
cakes and pastries (though they do have them) usually found in other coffee shops. The menu
also boasts various paninis, quesadillas, as well as vegan-friendly foods. As Burns said, “I think
there’s something for everyone here”

The Cooper-Young area is a very diverse, but fairly close-knit neighborhood, yet Burns still sees
a lot of first-time customers. They would often ask her, “When did you open?” Burns would just
“smile, tell them, and welcome them in.”

The shop is located right across from First Congregational Church, which serves as a hostel for
visiting tourists, many of whom, not surprisingly, enjoy drinking coffee.

“That’s my favorite thing. The people,” Burns said. “You’re building relationships with the
people you meet, which is why I think we’ve been here for over 20 years.”

In a city filled with national coffee chains like Starbucks, Java Cabana still has no problem
thriving in a neighborhood with nearly all locally-owned businesses. Burns simply wants a city
“where both can thrive.”

For a business that has been at it for over 20 years, Java Cabana has established its “grounds” in
the heart of Cooper-Young.