On Saturday, Oct. 27, customers and artists of the Allie Cat Arts gallery store took a workshop to learn how to decorate sugar skulls, a traditional Spanish folk art that is part of the Dia de los Muertos. To commemorate the death of loved ones, the skulls are named after this person and then are laid down on the grave or on an altar in the house. They can also be gifts for still-living people. 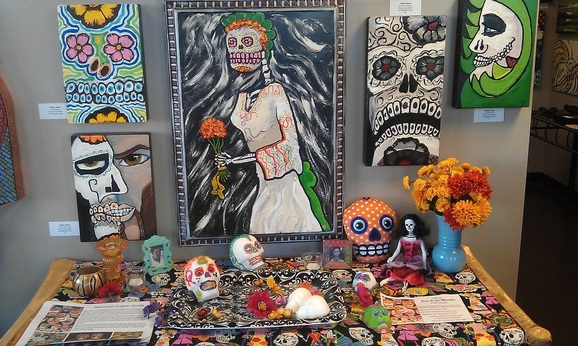 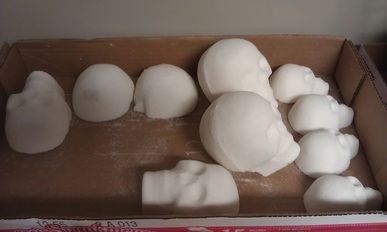 Sugar skulls without decoration (photo by Barbara Werner)
"The large skulls like we decorated, they need to dry for five or six hours. Then you flip it over; dig out the middle of the hole, so it dries better. Let that dry over night. You can use the icing to glue the two pieces together- so you have the front of the skull and the back of the skull. You let that dry and then you can decorate it. It has taken me a couple of weeks to prepare them.”

The original sugar skulls are made in small batches by candy makers, who need five to six month to prepare enough. These skulls are then sold in outdoor village markets in Mexico or Spain.