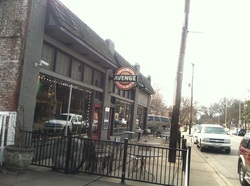 Challenge Entertainment, which provides trivia nights at restaurants all over the Memphis area, comes to Cooper-Young every Wednesday at Café Ole at 959 Cooper St. and every Thursday at Young Avenue Deli at 2119 Young Ave.

On trivia night, the top three winning teams receive restaurant gift certificates and other giveaways. Dave Whicker, trivia host, said that participants can have as many people on their team as they like and that Challenge Entertainment wants to see returning faces, as well as new faces.

“A lot people hear about our trivia nights from their friends,” Whicker said. “We just want it to continue spreading. It might even get us new restaurants to host at.”

Challenge Entertainment breaks the trivia league into two seasons—winter and summer. During the each season, teams compete for points each week with the top five teams receiving points for the postseason.

The top five teams from each location at the end of the winter and summer seasons move on to a postseason trivia event that includes the winners from all over the city. The winners receive cash prizes as well as televisions, iPads and gift certificates.

Bailie Martin, who plays trivia with the team known as “The Dream Team,” enjoys going to trivia night at Young Avenue Deli.

“I love the atmosphere here, not just tonight but every night,” Martin said. “I love playing trivia because it allows us to use our brains in a fun way, while also enjoying good drinks and the company of friends.”