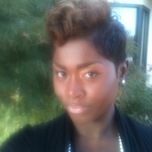 Sheila Guerrero Memphian and University of Memphis broadcast news/Spanish graduate while at the U of M she was the vice president of Society of Professional Journalists and National Association of Black Journalists' promotions coordinator. She worked for CNN at the Democratic National Convention and she is the host of the Stop the Hurt Start the Healing Show on Ustream.tv. She is dedicated and compassionate on delivering quality news to the world and bringing issues that matter to the forefront. You can follow her on Twitter @Broadcaster2be.
Visit her at: Sheilaguerrero.wordpress.com 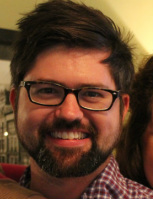 David Royer is a 2003 graduate of the University of Memphis and Cooper-Young resident. After three years reporting for daily newspapers in Georgia and Virginia, he spent five years as an editor for print and online platforms with Media General in Virginia. He is the current editor of The LampLighter, a monthly publication covering the Cooper-Young neighborhood, and is a copy editor for The Commercial Appeal. Follow him @davidroyer.

Barbara Werner, born in Mainz (Germany), studies film
studies and audiovisual publishing at the Johannes Gutenberg-University of
Mainz. Besides several film projects, Barbara works as a camerawoman and
assistant editor at “CampusTV,” the University Channel of Mainz. Since August
2012 she has been part of an exchange program at the University of Memphis,
where she studies journalism and communication studies. Follow her on Twitter
@barbluise. View her online portfolio here.

Joshua Bolden is a senior continuing his broadcast journalism education at the University of Memphis.  He is a news anchor for WBBP Radio, personality for WUMR and host of the "Jazz Top Ten." Bolden is the vice president of National Association of Black Journalists-Memphis where he produces the online talk show, The Conversation, a show highlighting positive things in the Mid-South. Bolden is about getting to both sides of the issue and aims to take his viewers or readers to the root of every story. In addition to broadcasting, he is pursing his minor in Spanish.

Christina Holloway is a Newspaper/Magazine Journalism Senior at The University of Memphis. She is a former reporter and current photographer with the school’s independent student newspaper, The Daily Helmsman. Holloway is also the Fundraising Director for the University of Memphis Chapter of the Public Relations Student Society of America (PRSSA). After graduating with her Bachelor’s Degree in December, Holloway hopes to find work at a University in Student Affairs before returning to obtain her Masters degree in Higher Eduation/Journalism. You can follow her on Twitter at @ceholloway12.  See her online portfolio here.

Dustin Azlin is a freelance journalist and a senior at The University of Memphis, where he majors in newspaper/magazine journalism and minors in political science. In addition to his reporting duties for MicroMemphis, he has worked as a stringer for the Associated Press and as a staff reporter for The Daily Helmsman.
See his work at  dustinazlin.com
Follow him on Twitter @DustinAzlin

Robert Soden is a Broadcast Journalism major and a Senior at The University of Memphis. While he’s still in the process of narrowing down exactly what he wants to do in broadcast, he knows he’d like to focus on covering the things he cares about: art, music, and entertainment. By the end of this semester, he’s looking forward to learning more about this field, the Cooper-Young neighborhood, and himself.  You can follow him on Twitter at @RESoden 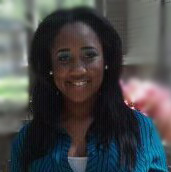 Hannah Owenga ("Christina")  doubles as a senior journalism student at the University of Memphis and the public relations manager at United Housing, Inc . She is also secretary of the University of Memphis chapter-National Association of Black Journalists (NABJ). In her free time, she definitely loves to relish the moment. You can find her doing whatever she wakes up feeling which sometimes consists of pretending to be a rockstar or a new age flower child. Owenga is a former reporter for The Daily Helmsman. Her work has been featured in The Commercial Appeal and Bricks and Mortgages, a local quarterly newsletter .

Interesting fact? Owenga is enlisted in the Army National Guard, too!