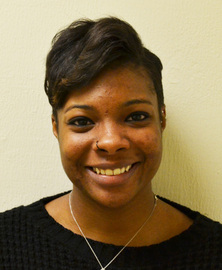 Khalidah Baruti is a senior at the University of Memphis. She is a multimedia journalist who hosts her own shows on 91.7 FM called “The Jazz Lover Morning Show: Waking Up with Karly B.” and “Jazz for Your Work Day with Karly B.” She is also a former producer, reporter, writer and anchor for the University of Memphis’ Insight News. In her spare time, Baruti can still be seen with a pen in her hand either penning the next great American novel or poetry. Email her at khbaruti@memphis.edu or visit her website at www.khalidahbaruti.com 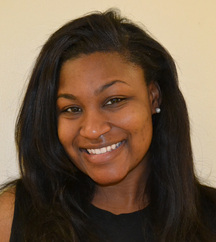 Kendra Harris is a journalism student at the University of Memphis who expects to graduate in the spring of 2015. She loves journalism for its potential to inspire change, and her goal is to begin her career in Houston as a news anchor. Harris has appeared in The Daily Helmsman, the campus newspaper for the University of Memphis. Being a single mother has made Harris strong willed and determined to be a inspiring individual with ambition and drive. Harris believes that when life throws you lemons, you make lemonade. All it takes is determination and a focus on your dreams to make your goal a reality. Email her at kdhrris3@memphis.edu. 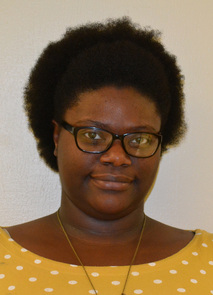 Erica Horton is a senior journalism major at the University of Memphis. Her interest in journalism began her senior year in high school in 2008 with the Scripps Howard Foundation sponsored Teen Appeal. She wrote for the paper for a year, earned a journalism scholarship and decided to attend the University of Memphis. She started writing for the Daily Helmsman, the campus paper, in 2009 and stayed for four years. She wrote more than 300 feature, crime, breaking news, profile, event and general assignment stories.  While in school, she also held several internships including a summer 2011 internship at The Commercial Appeal, the daily newspaper in the City of Memphis. In summers 2012 and 2013 she created and hosted a photography competition for middle and high school students through the Memphis Tourism Foundation, the non-profit arm of the Memphis Convention and Visitor’s Bureau and the City of Memphis Office of Youth Services. She also interned at the 2013 Excellence in Journalism Conference in Anaheim, Calif., hosted by the Society of Profession Journalists. Email her at erhorton@memphis.edu. Follow her on Twitter @ericah20. 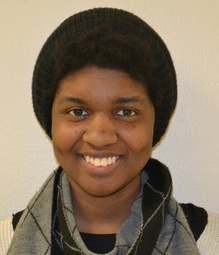 Amanda Ivory is a journalism student at the University of Memphis living in Bartlett, Tenn. Ivory graduated from Bartlett High School in 2010, where she was a part of the yearbook staff for two years. She currently is pursuing a Bachelor of Arts degree in journalism with an emphasis in Internet. She plans to graduate in May 2014. Ivory hopes to work on web development and design in addition to reporting. She loves to read, write and dedicate Saturdays to assisting with her father’s choir. Email her at aivory2@memphis.edu. 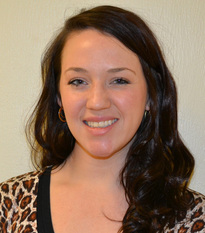 Jordan Moose is seeking a bachelor’s degree in journalism and a minor in English at the University of Memphis. Her graduation date is set for August of 2014. Moose has appeared as a contributing writer to The Daily Helmsman, Bartlett Express, and Bloodstone Literary Magazine. As a previous staff member of Operation Broken Silence, she wrote various political petitions and worked on the monthly newsletter. Alongside her writing, Jordan takes great pride in her photography.  As a high school senior, she was recognized among students in the Catholic Diocese of Memphis for her work. Moose plans to dedicate her career to raising awareness of human trafficking and promoting anti-genocide operations. Email her at jvmoose@memphis.edu. 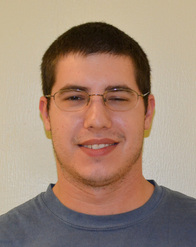 Jordan Thomas is a Memphis native and a graduate of Collierville High School in 2008. He is currently a broadcast journalism student at the University of Memphis. He has worked at The Daily Helmsman, the campus newspaper at the University of Memphis, as a news and sports reporter for a semester as well as a copy editor for the past two. He is a former anchor, producer, reporter and writer for Insight News, the campus television news program. He is also receiving a minor in history. Follow him on Twitter @ThomasKJordan. Email him at jkthmas1@memphis.edu. 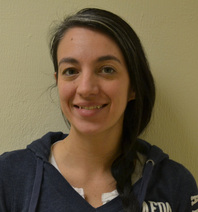 Jaclyn Redmon is a senior broadcast journalism major at the University of Memphis. She has been a sports reporter for the Daily Helmsman. She also anchored and produced shows for Insight News as well as reported for it. She has dreams to be a sports anchor for ESPN. She has an Associate of Art degree from Northwest MS Community College and is pursing a Bachelor of Arts in Journalism. You can follow her on twitter at @jaclynredmon or follow her blog www.fromthechickseats.wordpress.com.