Putting the Cooper-Young in Auto Repair 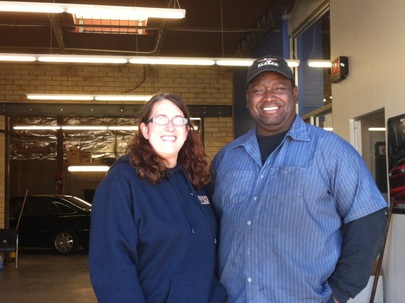 Find out how Hub Automotive plans to become part of the neighborhood.

New Ballet Ensemble in Cooper-Young is teaching the city how to bring art
to people of all walks
of life.

Used Bookstore Fresh in Down Economy
By Brennan Somers/MicroMemphis Reporter 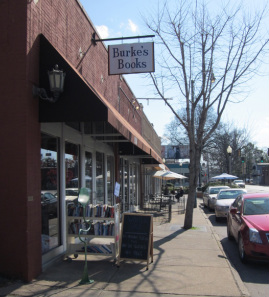 Kindles, Nooks, eBooks, and iPads are just a few of the new literary platforms readers are embracing.  This love affair with all things digital, though, is forcing some traditional bookstores to close their doors.  Giant retailerBorders recently filed bankruptcy and will shut 200 stores.

So what does this mean for the little players in the industry like Cooper-Young's Burke's Bookstore?

As store owners Corey and Cheryl Mesler say, they keep their business going by sticking with what made them successful.

"Burke's is 135 years old,"  says Cheryl.  " We have gotten back to the roots of Burke's, back towards more used books."

The Meslers say they feel the economy has pushed them that way and it is keeping them going by driving them back to selling more used books.

"One of our fears in this business and that we have seen in other businesses like music and movies is that browsing has died," says Corey.  "There aren't people who like to go into a place and poke around and discover something that they didn't know they wanted rather than go to someplace and get what they wanted."

The Meslers have made changes to keep up with the changes in technology by creating a website and listing all their used books online for customers.

If you check out the history on Burke's, you will find the store has only been in Cooper-Young for four years, previously it was located at 1719 Poplar.

Besides the financial reasons, the Meslers say that moving their store to a place with more foot traffic has helped benefit their business by adding regular customers.

"All of our used books come from people off the street, and for some reason I think we get much better stuff but I can't explain why," says Cheryl.

Corey believes the store is in the right neighborhood at the right time.

"I think Cooper-Young is a reader's neighborhood from what I have seen. I think we sell better stuff here and more literary stuff,"  said Corey

Both of the Meslers have theories on why their business continues to hold up in the tough economic times while the big brother businesses like Barnes and Noble and Borders are making cutbacks.

"Those sized book stores are really being hurt because don't have an edge like we do... ours being used books,"  adds Cheryl.

Corey also likes to think that a little thing called Karma has kept them in business so long.

"It will be ironic if the little guys are the ones left standing because the big stores came in and in a very pointed way drove stores out of business on purpose, putting big stores in neighborhoods where there already were book stores," says Corey.

Miriam Hegner covers Development/ Residential/ Business for MicroMemphis.
You can send her story ideas here.
You can follow her on Twitter ( @MiriamHegner )

Idil Issak covers Development/ Residential/ Business for Micromemphis.
You can send her story ideas here.
Floow her on Twitter ( @idilissak  ).

Raph Small covers Housing and Development for MicroMemphis.
You can send him story ideas here.
Follow him on Twitter ( @FEELMYRAPH )