Hi, I’m Christina and I’m a senior Internet Journalism major, English minor at The University of Memphis. I enjoy reading, writing, music, the internet, and creating anything artistic. I’m a little bit shy, but I can be outgoing and fun too. Tweet me @reileyheart or see my online portfolio here.

Ashli Blow is a senior broadcast journalism and marketing management major at the University of Memphis. She has worked at WKNO-TV with production operations and as a reporter for U of M independent newspaper, The Daily Helmsman. Ashli is interested in production and management in broadcast news and the impact social media has on journalism. See what she is up to by following her twitter account or about.me.

Nicole Blum is a senior broadcast journalism student at the University of Memphis.  She is an intern at WMC-TV and works in the Marketing department at the University of Memphis. She enjoys networking, social media, exercising, blogging and traveling. Over the summer, Nicole completed her first full marathon and spent five weeks studying abroad in Spain. View her online portfolio by clicking here.

Adam Douglas is a senior at The University of Memphis, majoring in Journalism. He is currently a news reporter for the Micro Memphis website, as well as being the Sports Editor for the school's newspaper, The Daily Helmsman. Tweet me @ajjourdan, or see my online portfolio here.

Peter Dupont is a senior print journalism major at the University of Memphis. Born and raised in Montclair, New Jersey, Peter is an aspiring sports journalist. Consider him an expert on college and NBA basketball. Look for his work on Micromemphis and follow him on Twitter.

Cole Epley is a senior news-magazine major at The U of M. He interns at Memphis Business Journal and is in charge of layout/page design at The Daily Helmsman. Follow him @colepley and on Storify.

Vivian is a senior broadcast journalism major at the University of Memphis, where she is also a member of the Track and Field team. Vivian began her broadcast career during her sophomore year at WUMR U92, the on-campus jazz radio station. There, she hosted a bi-weekly broadcast of the jazz top ten countdown. She also assisted in the production of the weekly 30 minute show, Spotlight 92.
This past summer, Vivian interned with WMC-TV Action News 5. As an intern, Vivian contributed weekly stories to their online website, Your Neighborhood, as well as providing story idea inputs in the daily meetings. Upon graduation, Vivian would like to continue her education at Berkeley Graduate School of Journalism in Berkely , California while putting her skills to work at either a small or large market television news station.

Lindsey Lowry is a 22-year-old Memphis native.  She is a senior at the University of Memphis and will earn her B.A. in Internet Journalism in December 2011.  After that diploma is placed in her hands, she plans to exercise her learned photojournalism skills and record her travels around Europe. After that adventurous spirit dies, reality reincarnates itself, or her savings diminish, she will hopefully execute her aspiration of attending law school.
Lindsey presently lives in midtown Memphis with her canine son, Simba. She is enjoying her last semester of undergraduate school.
Follow her on Twitter @lnlowry.

Hello, I’m Christy Mister and I’m a senior journalism major at the University of Memphis and a new reporter for MicroMemphis.com.  Follow me @FashionEdytorTN  See her online portfolio here.

Hi, I’m Felicia Pisarz, a senior Journalism major at the University of Memphis. Baseball is a major part of my life. My father and I would watch almost every Yankees game we could and attend games at Yankee Stadium at least once a week.

Much like baseball I cannot remember a time when horses were not important in my life. My father used to lead me around on our little Shetland pony named Sis. I now compete in Hunter/Jumper and dressage shows around the.

My ultimate goal when I graduate is to be able to incorporate my love of baseball into my career. I have done work with the Staten Island Yankees, Memphis Red Birds and www.MLB.com. I would like to write about baseball or do play-by-play on the radio for baseball. Follow me on Twitter @fpisarz. 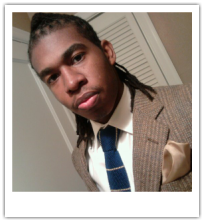 Silas Vassar, III (@SupersILAiouS) is a 23-year-old, senior journalism major at the University of Memphis. Born and raised in Memphis, Vassar is a small, country boy with big city dreams. His interests include fashion, photography and multimedia. For the past two years Silas has been the editor of various blogs. He currently edits SplitYourWit. Post graduation, Vassar wants to work for a fashion magazine or style blog and he will continue his current work as a photographer for hire.

-The most courageous act is still to think for yourself. Aloud. - Coco Chanel

Here is the link to my final portfolio.