Since settling in the heart of the Cooper-Young area in 2007, Burke’s Books, one of the oldest independent bookstores in the country, has played host to many writers over the years.  Author and University of Memphis professor, Cary Holladay, is one of them., and she recently held a book signing and reading at Burke’s.

Holladay has become somewhat of a household name within Burke’s literary atmosphere. Cheryl Mesler, who owns the store with her husband Corey, says that they have known Holladay for as long as she has been in Memphis.

Holladay is a native of Virginia, but now teaches creative writing at the University of Memphis along with her husband John Bensko. She is the author of seven volumes of fiction. Her most recent work, Horse People: Stories, was released this spring. Holladay has won 11 national fiction competitions as well as an O. Henry Prize for “Merry-Go-Sorry” which she based off of the West Memphis Three murder case.

Her work has been described as “exploring the history, culture, and folklore of her native Virginia and the wider South.” She is also the director of the River City Writers Series, which is one of the longest running reading series in the nation. So it is no surprise that Holladay was designated a First Tennessee Professor in recognition for her “outstanding contributions to the University’s teaching, research and service missions” from the years of 2009-12. Her body of work includes 60 stories in journals and 7 stories in anthologies, this includes her four appearances in the series; New Stories from the South: The Year’s Best.

“ The writing process is multifaceted for me,” she said. “It includes observation, memory, imagination, hard work, editing, research, decision-making, and intuition. Every story is different in the way it comes together. I write for the sake of the story itself. It's an honor if and when readers like it.”

Holladay in return speaks highly of Burke’s Books. “Burke's Books is the premier independent bookstore in Memphis. Fortunately the owners, Corey and Cheryl Mesler, are supportive of writers, and they kindly invited me to set up a reading for my new book. I have done many readings at Burke's, and they always publicize the events and show hospitality to writers, visitors, guests, and friends. They are wonderful hosts.”

“People like Cary we watch out for. She’s a friend of ours, and somebody that’s important here in Memphis.” said Mesler.

Holladay is slated to release another book this year, though neither a title nor a date has been announced. If you would like more information on Holladay or Burke’s Books, check out the links below. 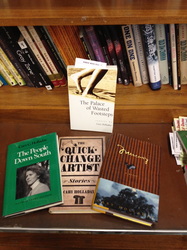 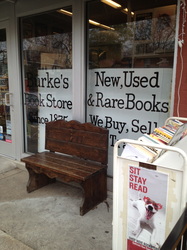 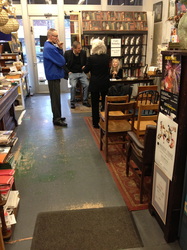 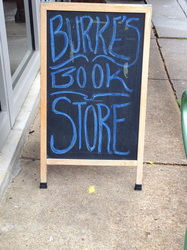