Central Automotive gives back to the community 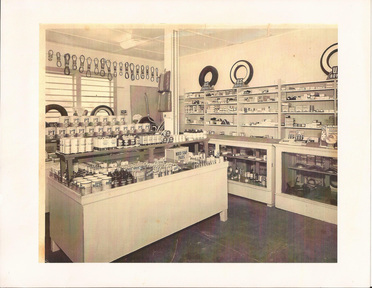 This is an historic picture of Central Automotive in 1929.
Khalidah Baruti/MicroMemphis Reporter
April 22, 2014

Todd Holliday, owner, and Mike Johnson, account manager, said they want to be a part of the neighborhood to let people know that they are there for them.

Last June they bought the 100-year-old building where their business is located and this year the business is giving back by sponsoring these events.

“We are trying to be good neighbors by renovating,” Holliday said.

Night Out is when local shops in the community stay open late and offer discounts and other specials. It is conducted every first Thursday of the month.

The event started in April of 2008 when 35 business wanted to get together to come up with an event that everyone in the neighborhood could participate in.

One business that participates in the Night Out event is Wish at 2157 Central Ave.

Samantha Davis, senior assistant manager at Wish, said that Night Out is a great way for the community to come together since the Midtown area is expanding.

Red Hot Summer is an event that showcases music at the gazebo, at the corner of Cooper and Young, every Wednesday night during the months of June, July, and August.

In 2010 Red Hot Summer was known as Visible Music College. The event was conducted every Monday night where college students could play their music at the gazebo.

Just last year is when organizers changed the official name to the Red Hot Summer Music Series because it was hot during those summer months and so was the music.

Holliday said that the events draw the neighborhood, businesses, and residents together.

“Helps with the exposure for the company and also we get to meet different people,” said Johnson.

Holliday said he wanted to be apart of the community not just as a business but he thought it was a great opportunity to help the Cooper-Young Business Association.

He will continue to sponsor events in the future and be apart of the community.

“Rebuilding and revitalizing the neighborhood, It feels like a community that people really want to be apart of” said Holliday.