Cooper-Young hosts Night Out for businesses 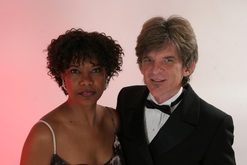 Cooper-Young Night Out, an event conducted from 5 to 9 p.m. the first Thursday of each month from April to December, has started for the sixth straight year with the help of the Cooper-Young Business Association.

Tamara Cook, Director of the CYBA, Cooper-Young Night Out said the event is not just for residents but for anyone. She also said it is a great way for people to see the other businesses in the area.

“Most people just see Cooper-Young as an entertainment area with the bars and restaurants,” Cook said. “This (Night Out) allows people to see we have retail and antiques stores, coffee bars and other boutiques.”

More than 35 restaurants and businesses offer discounts or sales on Cooper-Young Night Out. Cook said that even though the night ends at 9 p.m., all of the restaurants stay open later as do some of the businesses.

The CYBA has art and music set up at the gazebo, which is in front of the new Sicilian restaurants, Strano, at the corner of Cooper Street and Young Avenue.

“This month we will have a Cherry Brooks and Cal Jackson, a jazz duo,” Cook said. “Jay Etkin Gallery is featuring paintings at the gazebo as well.”

Café Ole at 959 Cooper St. and Celtic Crossings at 903 Cooper St. offer live bands as well food and drink discounts. Java Cabana at 2170 Young Ave. has its Open Mic Night which allows artists to perform original songs or poetry, while Chris Johnson of American Fiction will be appearing at Wish at 2157 Central Ave.

For a complete list of all the businesses and restaurants that offer discounts and what those discounts are check the CYBA website.

View C-Y Night Out in a larger map