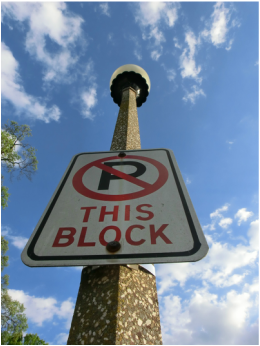 With a booming restaurant district Cooper Young has become the destination for Memphians looking for good food, music, and drinks. On any given weekend Cooper Young transforms from a quiet artistic bohemian enclave to a buzzing vibrant night scene, with local music and cuisine.  With all success however comes a downfall and with C-Y - it’s the lack of parking.

Cooper-Young didn’t plan on becoming a popular destination for diners and was not prepared for the parking confusion that would come with it. An issue that is frustrating to some residents of CY who feel that it’s creating unwanted noise and congestion of residential streets.  Which is why the Cooper-Young business association has proposed plans for parking space to accommodate the influx.

Initially the plan was a two-level parking deck with 102 spaces near First Congregational Church.

“But we changed gears,” explains Tamara Cook, director of the Cooper-Young Business Association. Their current plan is to make an all-surface parking lot, well lit, with landscaping, fitting better into the neighbourhood.

“First Congo did not approve of the plans for the parking deck up against their playground. So we tried to find a solution that makes First Congo happy.”

The space for the parking lot would combine several existing parking lots, one empty lot, and one house that would have to be demolished. It would be situated between Beauty Shop and First Congo, with an exit on Blythe.

There is no set timeframe yet. “It depends on when we get the funding.”

The Business Association is hoping that they will receive funding from the city for the project, and that upon completion, the parking would be free of cost to those parking there.

What do residents think?

Kasie, University of Memphis alumni, lives in Cooper-Young, close to the area where the suggested parking lot would be located. Other residents might worry that this would mean more traffic on their doorstep, but Kasie is in favor of the plans. “There is so much traffic already, especially when people circle around looking for parking. I think a parking lot would actually decrease traffic and congestions.”

Shannon Williams is a Cooper-Young resident and is a supporter of the proposed parking he thinks that more parking spaces are needed in the area. “I guess there are pros and cons to a parking garage. But a parking lot would be good. As long as they don’t level anything, I would say: go for it!”

But what about those who come to C-Y for its great restaurants and shops?

Elizabeth, a senior from Rhodes College, thinks a parking lot in Cooper-Young would be a good idea. She goes out in the area every now and then. “Every single time it’s difficult to park, a parking lot would really help. Also, it would make the neighborhood more walkable.”

Miriam Hegner covers Development/ Residential/ Businiess for Micromemphis.
You can send her story ideas here.
Follow her on twitter ( @MiriamHegner ).

Idil Issak covers Development/ Residential/ Business for Micromemphis.
You can send her story ideas here.
Floow her on Twitter ( @idilissak  ).