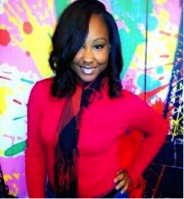 Crime is a very important issue for the Cooper- Young area. One
of the former residents of the area, Ranna Wilson is a 27-year-old woman who
moved out of the neighborhood because of the crime.

When  did you live in the Cooper-Young area, and what was the name of your apartment
complex?

I left the Cooper -Young area last year. I lived in Midtown Place apartments with my boyfriend.

Why did you leave the area?

My neighbor and I were outside smoking and talking, and we got robbed by gunpoint. It scared me so bad to the point I didn’t want to
get out my car at night. My boyfriend would have to come get me out the car until our lease was up.

What was taken from you and your friend?

Since we just stepped outside to smoke and talk, I didn’t have anything on me but a cell phone. My friend had $40. The robber took everything.

Why do you think that you all got robbed?

Orange Mound is not far from the area. I believe there is a lot of crime there, and the crime has found its way in the Cooper-Young area.

Where do you live now?

My boyfriend and I live in Cordova where there is a lot of people and activity.

Other than the robbery, did you enjoy the area?

I did enjoy the area very much. It was very cozy and home-like compared to the other areas in Memphis.


Would you recommend the area to one of your friends or relatives?


I really like the area, and there is crime all over Memphis. I would tell my friend that it is a great place to live, but you need to watch yourself the same thing I would tell them (that) if they were moving to Bartlett. Crime can happen anywhere.

Do you think the area is safe for someone to raise children and build a family?

Yes this area is nice for children. Everything is very close and all the residents look out for each other. It really does feel like a little
town. But even those little friendly towns have danger lurking. I would definitely keep a close eye on my children.