After their lease had ended Bill Mason, Jr. came up with the idea of Bozo’s Circus Horse, which were simply the refurbished and cleaned up Mechanical Wonder Horses that were returned from stores.

The company also created the “Pouncing Pal”  -  a spring-loaded horse that could be put in your own home. 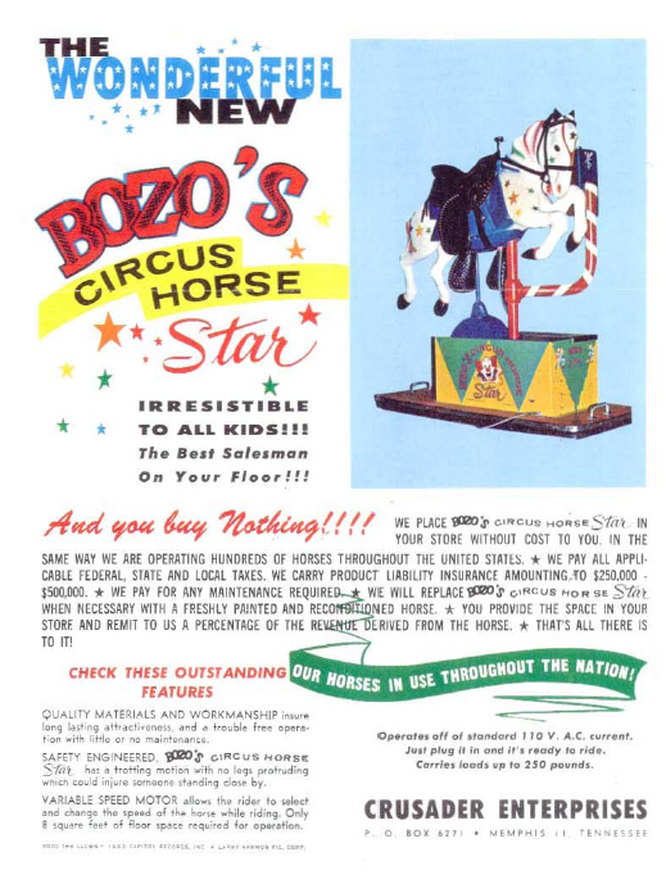 Memphis Metal Manufacturing stopped creating the horses in 1970, but is still a thriving company today just as it was when it was founded in 1945.

Although best known for their horses, the company's roots are grounded in materials you don't generally see advertised in the toy section.   C.T. Small and William B. Mason began working out of the back of a Studebaker car on South Cleveland. They manufactured fan parts.  But when they turned their focus to home air venturis, a crucial part in cooling systems, the business developed quickly. They started in 1945 until they put in a request to buy a plot on Tanglewood in 1946.

“The property used to house a cotton seed oil plant, but it had been burned, and it was overgrown with weeds. I remember that there used to be a tree in the middle, however, we were granted the permit by the City of Memphis. So in 1947 they built the rest of the warehouse in 1966,” said Mason.

“We like to stay low profile but we’re an international business,” said Mason,” We’ve had parts in Europe, in space, and in the Olympics.”

Ashli Blow is a reporter for MicroMemphis and a student at The University of Memphis majoring in Broadcast News and Marketing. Follow her on twitter!