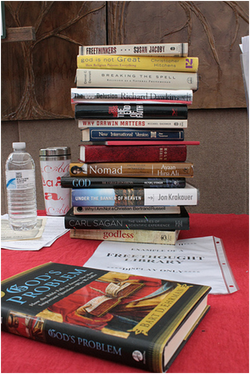 The annual Cooper-Young festival provided an economic boost to the Memphis neighborhood and gave anyone from starving artists to activist group leaders a chance to get noticed, say organizers and participants.

Here is a look at the ways that the festival, conducted on the weekend of Sept. 16-17 has helped the neighborhood:

·          A currently under-construction restaurant and bar called Alchemy temporarily opened its doors to spread word about its mid-October opening.  Karen Roth, co-owner of the restaurant had her doors open on Friday during the C-Y 4-miler and all day Saturday during the festival giving out free tours, free beer and copies of the menu.  Once open, Alchemy will be one of the latest-closing businesses in the C-Y neighborhood, with its kitchen closing at 1 a.m. and the bar closing at 3 a.m.  It will also be one of the largest, seating a maximum of 140 people.

·         Neighborhood glassblower Dale Strand had a booth where he sold homemade glass jars, plant-holders, and other various creations.  “I don’t have a website or a business card,” Strand explained, “but you can friend me on Facebook, and I’ll do custom orders if the money’s right”.  He does all of his work in the spare bedroom of his house.  He sells many of his creations during festivals.

·         The Memphis Freethought Alliance, a local Atheist/Agnostic and Secular Humanist group, distributed pamphlets and displayed posters explaining the misconceptions about Evolution, as well as information supporting the theory.  They also had brochures about the separation of church and state, institutionalized school prayer and The Bible.  A stack of books labeled “Freethought Library” containing works by outspoken atheist authors Richard Dawkins, Christopher Hitchens, Sam Harris and Daniel Dennett.

Jason Grosser, president of the alliance, said “in six years of hosting event, we only get about five people a year who want to debate with us,” a surprising statistic for such a controversial study.  Grosser also organizes a weekly discussion group called Ockham’s Cafe in Cordova, to discuss science and religion, as well as books by authors such as Carl Sagan.

·         The Literacy Center at 902 Cooper St. conducted a charity book sale to help support their service to illiterate residents of Memphis. Kevin Dean, Executive Director of the Literacy Center, said the center is volunteer-driven, and all books at the book sale were donated by The Commercial Appeal.

·         The Memphis Gay and Lesbian Community Center gave out pamphlets about HIV/AIDS and sexual equality at a tent in front of their headquarters at 892 Cooper St.  Tours were given of the headquarters, which is used as a homeless shelter and food-kitchen, as well as a refuge for youths who are kicked out by their families.