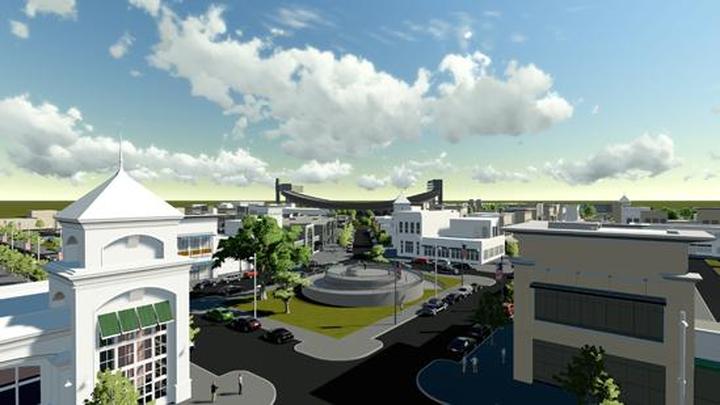 Changes are under way for the site of the former Mid-South Fairgrounds and Memphis’s tourism director says it could pay dividends for the city as it tries to attract visitors.

The city of Memphis has plans to use tourist development zone dollars to transform the once booming tourist spot into a modern form of times past, with attractions in sports, entertainment housing and retail.

“We are aware of [the city’s] strategy, and we’re excited about being able to offer this not only to our citizens but our international guests as well,” said Kevin Kane, president of the Memphis Convention and Visitors Bureau. “This is an exciting opportunity.”

The city council saw architects’ plans in February after the Kroc Community Center opened on the Fairgrounds, which has been mostly underused since Libertyland closed in 2005.

The next step, according to Memphis Community Development Director Robert Lipscomb, is to use state dollars to start the next phase of redevelopment, which would include a hotel.

"If we get the go ahead from the State Building Commission to go ahead with the TDZ, I think our next big step will be that the Coliseum would be demolished," Lipscomb said in a March interview with WMC-TV.

GameDay Baseball and the city of Memphis are working together to turn the city into a major sports site, which would be the center for retail stores as well as housing and commercial buildings.

“You want to really have a game day experience so people can go there and stay the whole day. [It’s] kind of like Beale Street,” he said. “You don't want people to go to the Grizzlies game and then go home; you want them to spend money.”

But the goal isn’t just to bring in tourists and sell tickets, Lipscomb wants to improve this prospective fiscal surge to improve and unite the surrounding neighborhoods, including Cooper-Young, which once thrived on business from Libertyland and the Mid-South Fair.