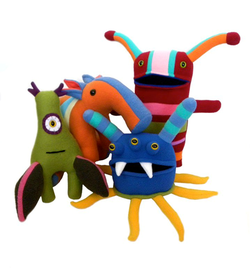 In any culture, there are universals that bring a community together; Food, Music, and Art. Whether they are displayed as a painting, sculpture, clothing or accessory, they  just happen to be three of those universals.

On Sept. 18, the Cooper Young Festival was home to all of those, bringing together thousands of people to celebrate not just Memphis talent, but talent from all across the country.

“It’s amazing how many booths there are. Everywhere you look, there are hand-made masterpieces,” Bryant said. “There are all different sorts of art everywhere you look and everybody is so eager to share their beautiful talent.”

Bryant, a senior at the University of Memphis, was not disappointed when she left the Cooper Young Festival. She took with her a hand-made necklace, a handful of vintage ties, a colorful abstract painting, and an eagerness to return in 2012.

While the Cooper Young Festival earned itself another happy patron, those familiar to the festival returned to pick up right where they left off last year.

Wesley Eaton, a 22-year-old senior at the U of M, joined the crowd that covered the historic district with a few of his friends, hoping to support his fellow artists, eat a lot of good food, and listen to some new (and old) music.

“This is the third year in a row I’ve attended the Cooper Young Festival,” Eaton said. “Every year, it’s more exciting. My favorite part is just running into people you haven’t seen in years. I actually just ran into a vendor I met last year and I was able to support his business again. This year, the weather was perfect and the energy of the crowd was unbelievable.”

One person that contributed to the creative atmosphere was U of M senior, Emily Doyle, 21.

“I worked Mr. Sog’s booth this year, which was so much fun,” Doyle said. Mr. Sogs’ Handmade Creatures sell between $20-$50 and can be found online. “All of the handmade creatures are so original and they got a really great response (at Cooper Young Festival).”

Whether it was curiosity, tradition, or responsibility that brought the crowd to Cooper Young Festival this year, it was an overall appreciation for culture and community that made the festival such a success for the 24th year.