Walking the line of Johnny Cash at
The Abbey in Cooper-Young
By Barbara Werner/ MicroMemphis reporter
November 20th, 2012

Cooper-Young is well known for being an area where young artists and musicians live and perform. What is less known about this place is that Johnny Cash was once one of these young artists who had his first performance in Cooper-Young.

In a church basement at the corner of Cooper Street and Walker Avenue is an unknown famous place, now an all-ages music and performance space called The Abbey.

Cash had his first performance 1953 in what is now the Abbey,with his gospel band playing during a church bake sale.
“This place has a lot of potential. If we get everyone at the same page and everybody thinks in the same way with the same permission, we can make this place famous,” said Kadlecek, making his plans clear.

Beside making a music community in the building there is also the idea to make the place an alcohol-free environment, where people of all ages, mostly teenagers, can come so parents don't have to worry. 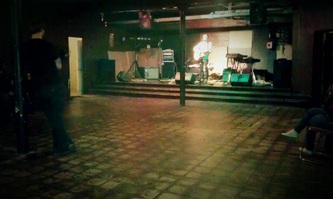 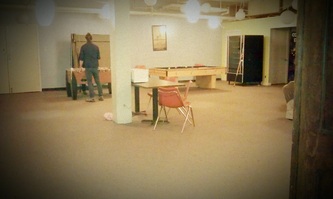 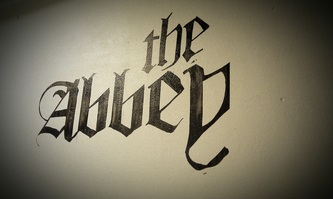 England 1819, a Baton Rouge, La. band, is one band that used The Abbey to make them more popular with a concert on Thursday, Nov. 14.

“We found the Abbey in the Internet at a homepage which offers a list of venues for bands to play in Memphis. I e-mailed the owner and talked to him on the phone for five minutes and now we are here,”explained Andrew Callaway, band member of England 1819.

England 1819 is an indie, rock, electronic band founded by Dan and Andrew Callaway and their father Liam Callaway. 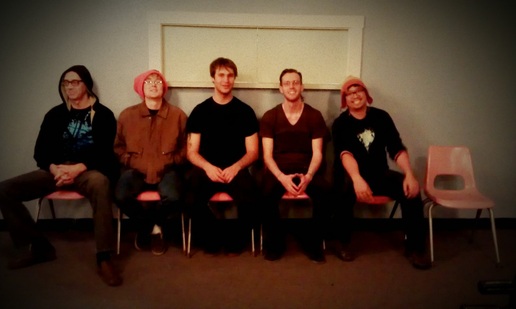 Band members of England 1819 ( left to right) Liam Callaway,James West , Dan Callaway, Andrew Callaway and Sean Barna
Their gig at The Abbey in Cooper-Young was their seventh concert of the bands “29 shows in 32 days” tour through the American South.

“We didn’t know that this was the stage Johnny Cash had his first performance. It’s crazy. It feels special to play on the same stage,” Andrew described the atmosphere of the place.
Even there weren’t a huge number of people at the concert, the band had a lot of fun.