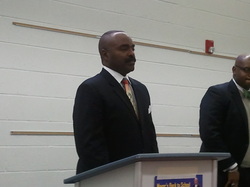 Rep. G. A. Hardaway D-Memphis
Two local politicians and several community leaders met at Glenview Community Center near Cooper-Young on Oct. 30 to discuss methods of bringing money into Memphis through taxes and tolls.

The two taxes consist of a proposed one-cent tax increase on gasoline purchases that would support public transportation in Memphis, and a proposed half-cent increase on the general sales tax in Shelby County that would raise the rate from 9.25 percent to 9.75 percent for every dollar spent to support pre-kindergarten education.

Memphis City Council Member Wanda Halbert (District Four) said the gasoline tax was developed because some people use Memphis infrastructure but don’t pay city taxes. The tax would force these residents to invest in Memphis. She said she is willing to sacrifice one cent on the dollar to get those people to fork over some money.

“This tax would allow everyone who gets any gas in the City of Memphis to contribute,” she said. “We encourage everyone using our streets and roadways to invest in them.”

Moving on to the issue of the proposed sales tax, Halbert said she knows that residents don’t want a tax increase, but said that it would benefit the city in the long run. She did not specify how.

“We have a responsibility to our community,” she said. “Whatever we need to do to make it work as a city I’m willing to do.”

Some of the roughly 50 residents who attended the meeting were concerned about the proposed tax increases because Shelby County has one of the highest sales tax rates in the entire country.

Jake Brown of the Shelby County Democratic Party said this is mandated by Tennessee code.

“Nobody can change that short of the Tennessee Legislature,” he said.

One such method was creating a state income tax, to be used to build and maintain infrastructure throughout the state.

Hardaway said this would be close to impossible because the Tennessee Constitution forbids the legislature from instituting such taxes statewide.

“It would require a constitutional amendment to institute a payroll and income tax,” he said.

Another method the state representatives are considering is adding a toll bridge over the Mississippi River that would connect Tennessee to Arkansas.

The $1 billion dollar project would take a while to approve and complete, Hardaway said.

“Hopefully my children will see the benefits,” he said.

Hardaway said that the state is considering low-income residents and would implement a program to offset property taxes by some amount to make up for the new toll costs residents would incur.

Halbert said that talk of toll bridges is a bit premature and that she expressed concern to the mayor about who can get a toll road and where it can be placed.

“Memphis doesn’t have the proper infrastructure to get the federal government to agree to tolls,” she said.

The event had been advertised as a candidates' forum for the 9th Congressional District. Rep. Steve Cohen (D-9th District) and his Republican challenger George Flinn had been scheduled to speak, but neither candidate appeared. 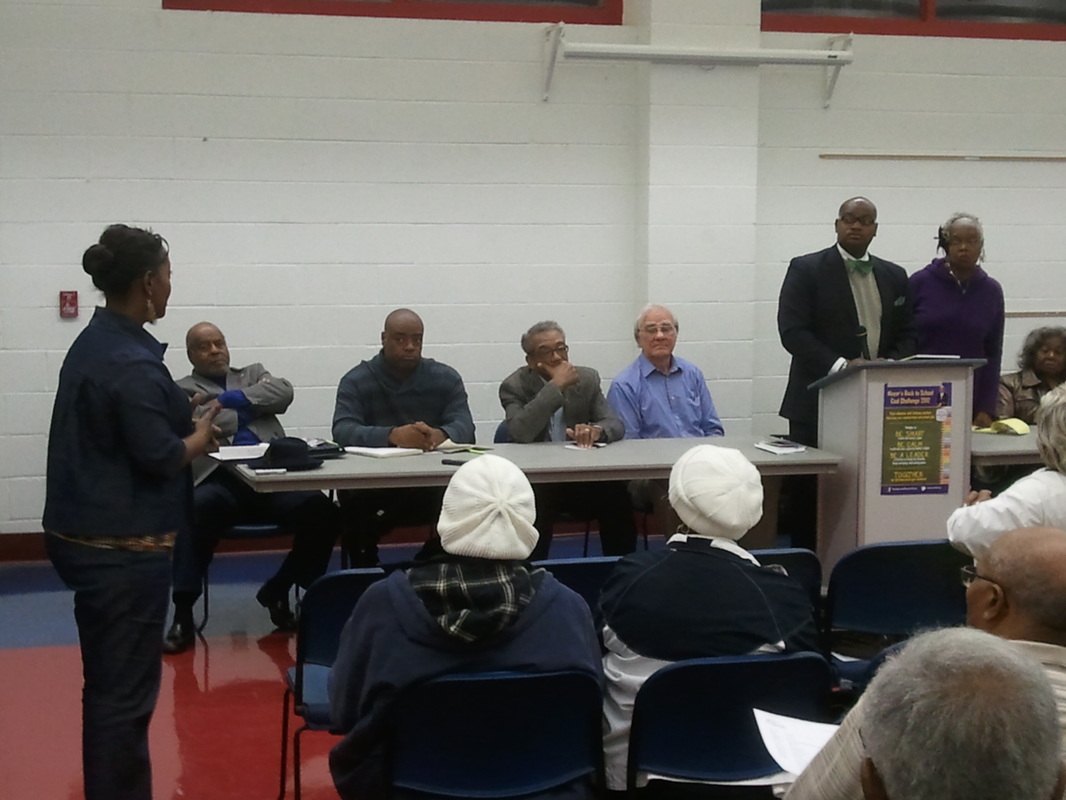 Memphis City Council Member Wanda Halbert addresses the forum concerning the two new tax referendums on the ballot this Tuesday. She supports both.