Bric-a-brac and More in Midtown's  Antique and Design District 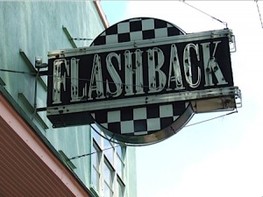 If you don't like scouring thrift stores for clothing and furniture, the Memphis Antique and Design District may be  the place your place to go for vintage clothing, antique furnishings, and décor.

The district borders the Cooper-Young neighborhood and features nine antique stores all located on Central Ave.

Flashback: the Vintage Department Store is one of the most popular stores in the district. It features furniture and collectables from the 1950’s to the late 1970’s. Proprietor Millet Vance keeps the store very organized by the items date and style. Customers can easily find items they are interested in.


At the current location Flashback has been open since 1985, but Vance had two stores in the late 1970’s, Lou’s Vintage Clothing and Collect-a-rama,that she combined to make Flashback.

“I worked for Lou’s and the woman who owned the store inherited over a million dollars and gave the store to me,” said Vance.

“I used to have a business partner who was an art deco dealer, so I combined Lou’s and Collect-a-rama with my partner’s art deco pieces and opened up Flashback,” said Vance.

Vance also set up an online store. She is currently adding items to the inventory where people outside of Memphis will be able to purchase items from Flashback.

Sharing a building with Flashback is one of Memphis’s elite antique stores, Consignments. Consignments is an upscale store featuring estate items from the 18th and 19th centuries, fine silver, china and porcelain.

For a collector the antique district can become a little overwhelming. On the street next to Flashback and Consignments is Second Hand Rose Antiques.

“We receive imports from around the world four times a year,” said Bechtel.

Bechtel does not have an online store but his entire inventory can be seen online .

Toad Hall Antiques is another store in the district that carries a wide variety of furniture from Europe but Toad Hall  is much more than a furniture store. The store named after the children's book by Kenneth Grahame, The Wind & The Willows, offers a wide variety of accessories, rugs, collectibles and gifts.

Owner Dana Whitehead  helped found the Antique District and has seen her store go through many changes since opening.
Whitehead added items to her inventory that would attract some of the younger people that live and visit Cooper Young.

"When the economy started to drop I saw a drop in sales but business has picked up since then," said Whitehead.

Frank Roberts and his son Frank C. Roberts, owners of the company The Palladio Group, have contributed several businesses to Cooper Young.

In the antique district you can visit Palladio Antiques and Art or the newest addition, The Annex. The Annex is a garden store that carries both new and antique garden decor. there is a vast assortment of clay pots, urns, bird feeders and statues.

If you prefer sorting through piles of antiques and bric-a-brac, Gary's Antiques is a good place to start. The store offers an assortment of  furniture, books, art and knick-knacks though finding what you want will be an adventure in itself.

The Antique district in Cooper Young does not have only antiques. There are gift stores, and if you get hungry there is Café Palladio and Central BBQ.

Felicia Pisarz covers arts and the antique district for MicroMemphis.
Send her story ideas here.
Follow her on Twitter @fpisarz.