Owner 'Chips' in Changes to the Largest House in C-Y


By Lindsey Lowry/MicroMemphis Reporter
“The house was in poor condition when I moved in,” says Armstrong standing on the front lawn, arms crossed, looking at the 113-year-old house he has owned for the past 34 years.
The exterior wood and paint had been weathered and neglected.  The interior was sectioned off into an eyesore of nine apartments (six upstairs and three downstairs) and there was also a garage efficiency, which Armstrong has since removed.

The walls previously sectioning off the downstairs apartments have now been removed. The downstairs is currently in its original open state with four bedrooms and two bathrooms.

In 1977, Armstrong, his wife, and three sons lived in the downstairs area when a bookstore owner proposed opening his business downstairs in the home. Armstrong and his family relocated to Whitehaven during the renovation.

Armstrong says building the turret on the house has been the most significant renovation. This occurred in the early 1980s. Armstrong said that before the turret, that section of the roof used to be a flat area.

The house is familiar with extreme renovations.  In 1925 the house was pivoted 90 degrees to face another direction. After facing Cooper street for 27 years, the house was turned to face Young street. The house was lifted up, placed on logs, and pulled by horses to face Young.
Armstrong says there is a slight possibility that he and his wife may move back to the house in the near future, but he believes the downstairs area is too big for just the two of them. He says they are
content with the downtown condo they live in now and are not interested in the struggle they would face in trying to sell their downtown condo in today's struggling market. People interested in living in the Captain Harris house may have a strong chance of moving into the house in May because Armstrong says he and his wife most likely will stay in their downtown condo for a few more years. 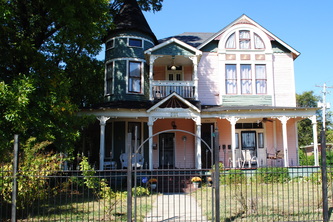 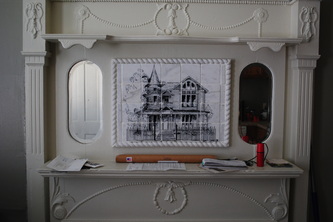 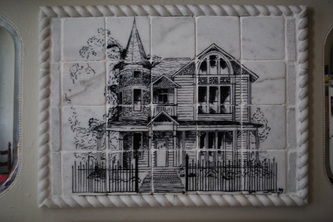 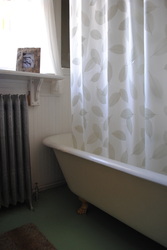 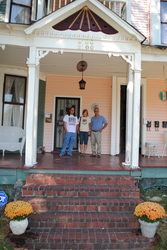 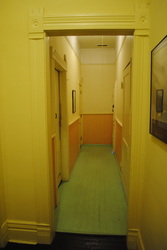 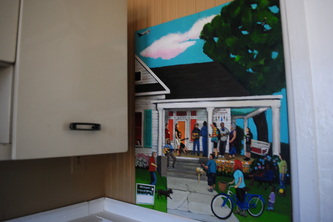 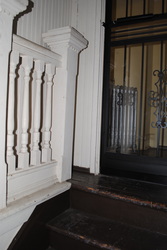 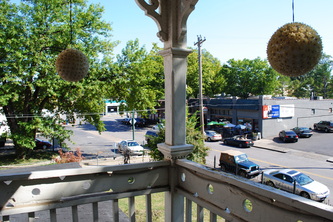 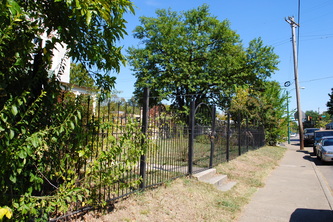 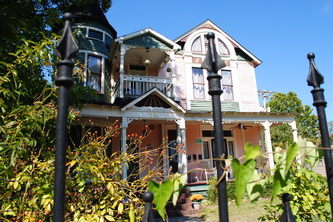 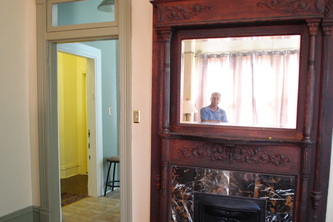 For more information about the history of Cooper-Young, visit the Cooper-Young Community Association or purchase the  book entitled "Cooper-Young" from Burke's or other local bookstores.

The Memphis Public Library is putting thousands of historical pictures of Memphis online.  The best part - it's all searchable!  Click here to see how a Cooper-Young archivist is at the center of this effort to preserve and share history.